A note from OTR on our availability throughout the Coronavirus disruption

How we do this is just as important as what we do, because our approach is grounded in a set of beliefs and assumptions about mental health we think it’s important to be transparent about.

There are loads of people working to make OTR what it is – in fact we now have over 150 staff and volunteers on our books! Here are some key contact details for people you may want to get hold of: 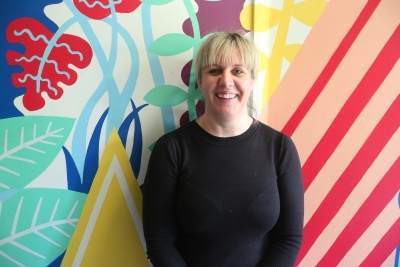 Karen joined OTR in 2015 and has over fifteen years experience working in the third sector delivering and managing services for young people and families with complex needs, including those in the criminal justice system and with problem substance use. As OTR’s Operations Director, Karen successfully led a radical re-design of our delivery model to better reflect the health and social challenges faced by young people today.

Laura joined OTR in 2008 as an eighteen year-old volunteer and has been with us ever since. She launched our Mentality project back in 2010 and has been at the forefront of getting young people involved in OTR ever since, even finding time to study for a degree in Youth and Community Work. Laura now leads our new Engagement Team as well as our participation work. 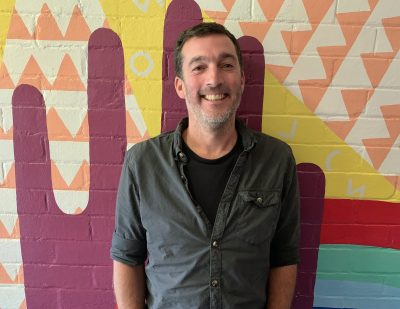 Michael joined OTR in 2018. Michael has over 20 years experience in the non-profit sector. Following senior global roles at ActionAid and Save the Children, Michael created and led a grant-making organisation. Michael now balances his time between OTR and consulting for other non-profits to support them to develop their strategy, innovate and scale. 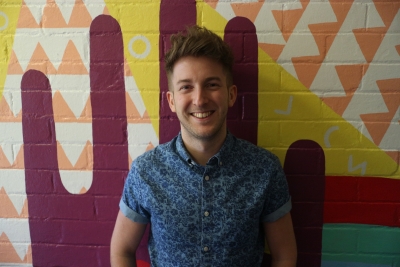 Liam joined OTR in 2012. With a degree in journalism and cultural studies, he has worked in media, marketing and communications for a number of national charities, including CLIC Sargent and Winston’s Wish, alongside projects for Ruby Wax and Social Media Week Bristol. 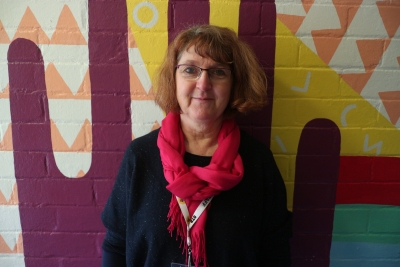 Susan joined OTR in 2014, and brings a wealth of skills and experience from senior management in a contract catering company, and more recently as a school governor.

Contact Susan for all estates, supplies and services enquiries. 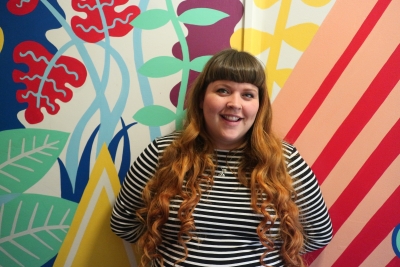 Kellie joined OTR in 2016 from the Federation of City Farms and Community Gardens, and has over 10 years experience in a variety of administrative roles within the private, public and third sector. 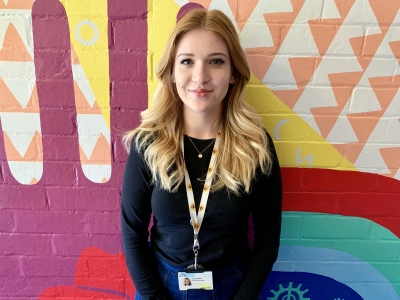 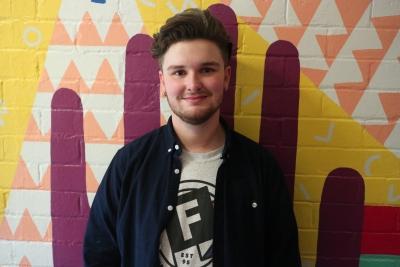 Henry joined OTR in 2015 having spent time working in community development for Terrence Higgins Trust. An activist and passionate advocate for LGBTQ+ rights, Henry has a degree in sociology and is also a member of the Independent Advisory Group for Avon & Somerset Police. He oversees all our work on gender and sexual diversity here at OTR. 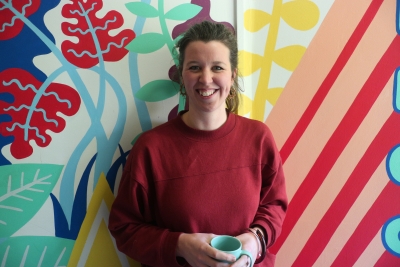 Rosie joined OTR in 2015 from the HIV charity, Body & Soul, where she was Head of Adult Programmes. She is a registered Social Worker and a qualified practitioner in outdoor education. Rosie oversees our social work offer, which includes our Natural Health Service – a programme of activity that works across OTR and beyond to connect young people to the natural world and issues of conservation and sustainability. 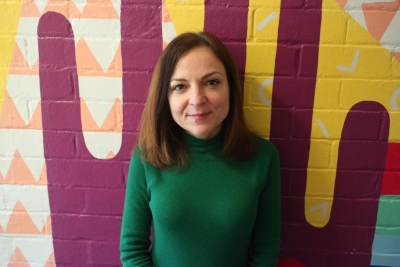 Jo joined OTR in 2010 as a counselling student on placement. Now a qualified and accredited Counsellor, as well as a registered Cognitive Behavioural Therapist and Supervisor, Jo is our lead on all things data, monitoring and evaluation.

OTR opened its doors in 1965 and can justifiably claim to be one of the first young people’s information, advice and counselling services (YIAC) in the country.

OTR began life a combined initiative between the Bristol Association of Youth Clubs and Bristol Marriage and Family Guidance Council.

In the course of their work in youth clubs and schools, both organisations were aware of the considerable numbers of young people for whom counselling would be appropriate. In the absence of a service that was free, confidential, and targeted specifically at young people, Off the Record (Bristol) was born.

In 1975 we moved away from the Marriage Guidance Council in Clifton, and into dedicated premises on Pipe Lane, opposite Colston Hall.

In January 1981 we moved to the foot of St Michael’s Hill, in the Kingsdown area of the city – some of our services still run from here today.

The service developed and steadily evolved until the summer of 1996, when despite the best efforts of staff, volunteers and trustees, OTR closed for several months due to a lack of funding. Thanks to the campaigning efforts of a small number of trustees and volunteers, we re-opened six months later.

Having celebrated our 50th birthday in 2015, OTR has never been in better shape. Over 3,000 young people now access us for support each year, and we reach another 5,000 or so through working into schools and community settings to deliver workshops and social action campaigns. We have a great new home in the heart of Old Market, along West Street.

Lots of things have changed in the years we’ve been around; the issues young people bring, the funders, the city! Fundamentally though, we’re still offering the same thing – free, confidential, support for anyone aged 11-25 that doesn’t rely on an adult referral, and doesn’t have thresholds that turn you away if you don’t meet our criteria.

In 2015 we won a national GSK Impact Award, check out our winners video below:

Our Board of Trustees make a vital contribution to our mission – in fact, they keep us focussed on it! You can find out more about the members of our current Board below, they come from a variety of professional backgrounds but they’ve all joined OTR because they believe in better mental health, and a better world, for young people.

Mandy joined OTR in 2015. She is a mental health nurse by background, specialising in children and adolescents. Mandy has been a Senior Lecturer in Mental Health at the University of the West of England for the last fifteen years, and is responsible for widening participation in the university among disadvantaged groups.

Karen works for the University of Bristol at Engine Shed where she is Operations Director. She has previously run her own small business and been a professional life coach and a company director. Karen has an MSc in Charity Management and is also treasurer at Bristol Architecture Centre and secretary at the Redcliffe Neighbourhood Development Forum. Karen joined OTR in 2017.

Emma joined OTR at the beginning of 2019. With a background in fundraising and communications she headed-up the Great Western Air Ambulance Charity’s fundraising for five years, and has recently moved to the national air ambulance charity, Air Ambulances UK. She also sits on the Institute of Fundraising Health Sector Special Interest Group and is Bristol Junior Chambers Chair of Social and Event.

Jochen joined OTR as a Trustee in 2015. He trained and worked as a Psychiatrist in Munich, Germany, before moving to Bristol in 2004. He has held Consultant Psychiatrist posts in both inpatient and community settings, and now works with the Early Intervention in Psychosis Service.

Rachel has been a GP in Bristol for the past twenty years. She practices at Montpelier Health Centre, a partner of OTR and large inner city practice with a young, multi ethnic population. Rachel’s professional interests are in women’s health and mental health, and it was this (and the needs of her diverse patients) that prompted her to become a trustee of OTR in 2007.

Patsy has significant public sector experience gained as a member/vice chair of University Hospitals Bristol NHS Foundation Trust Board, a member of Avon and Somerset Probation Board, Panel Chair for the Judicial Appointments Commission, and Lay Member for Governance at Bristol Clinical Commissioning Group. Patsy joined OTR in 2016.

Joe qualified as a doctor in 2013 from Cardiff University and worked in the NHS for 5 years. He now works at the University of Bristol Medical School, overseeing the teaching of diversity and protected characteristics to the doctors of tomorrow. As a gay man who has experienced discrimination, Joe is passionate about moving the dialogue around LGBTQ+ rights forwards in healthcare. Using his background, Joe aims to help build bridges between health services, third sector organisations and minority groups to reduced health inequalities.

Lizzie joined OTR in 2019. She has worked at the University of the West of England Bristol for twelve years and is currently the Strategy and Operations Lead for Equality, Diversity, Inclusivity, Health and Wellbeing. She has a background in public health, health promotion and communications.

Mark Allen works in public health and is passionate about improving population wellbeing and reducing inequalities. He previously volunteered with OTR as a Resilience Lab facilitator, and raised £1,175 in donations for OTR by skydiving from 10,000 feet!

Ben is a qualified Chartered Accountant working as a Senior Manager at Bristol firm Corrigan. Professionally he works with a number of charities as well as commercial businesses. He is also the Treasurer of The Bristol Junior Chamber. Ben joined OTR in 2019, taking on the role of Treasurer. 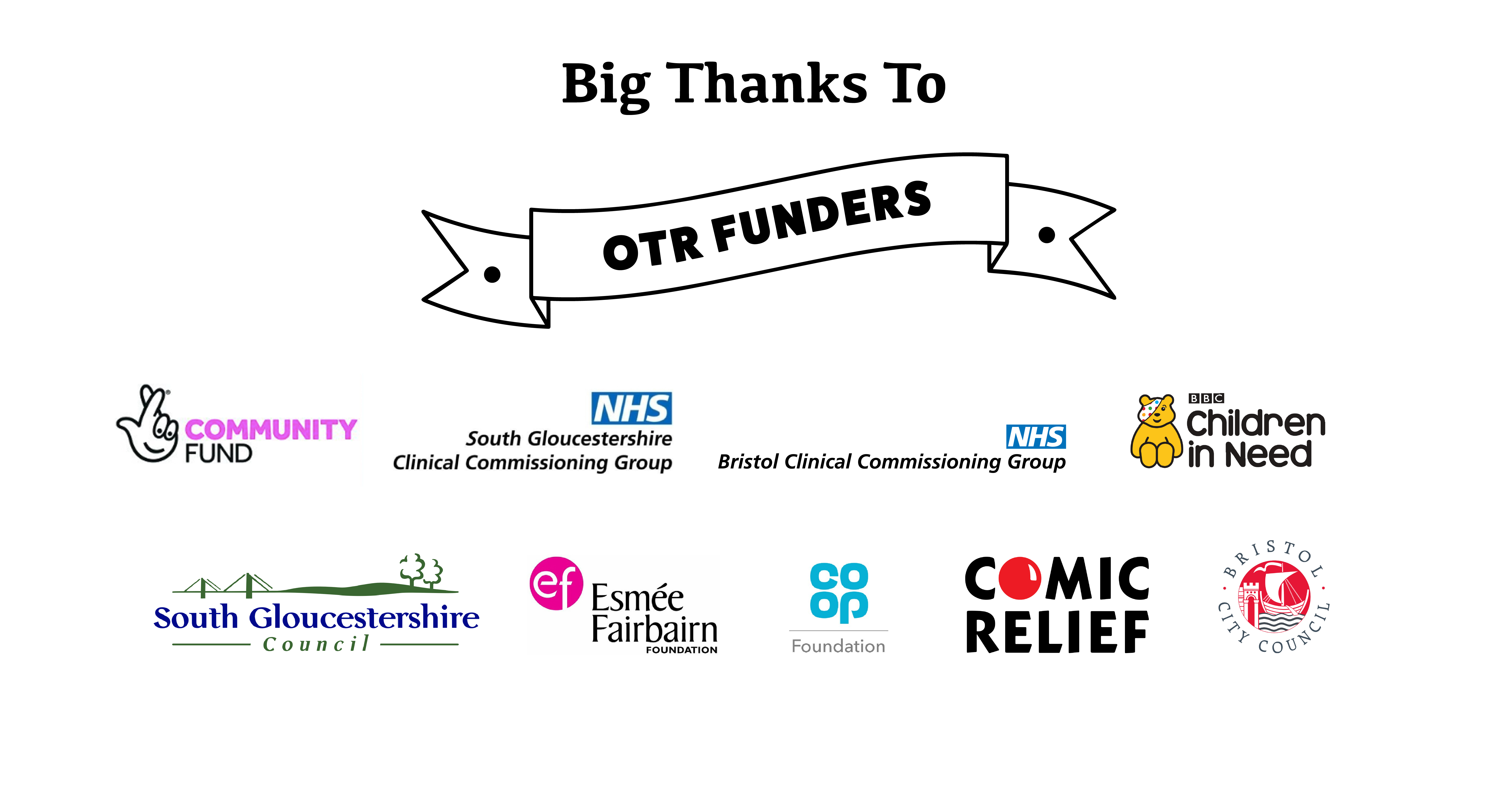