Blog: Why I support OTR – by Ben Jackson

We’d like to say a big thank you to our amazing supporter, Ben Jackson, who is raising money for OTR on JustGiving over the next few days.

May 10th will be the 25th anniversary of the death of Ben’s dad, David. To mark this day, Ben is planning to ride 188km on his turbo trainer on Saturday night/early Sunday morning. This is the distance from his house in Bristol to his dad’s memorial bench in Surrey. We’re sure you’ll agree that this is quite the challenge and an incredible way of raising money for OTR!

We’re very grateful to Ben for fundraising for us, and he has also shared a blog post below with some words on the impact his dad’s death has had on him, and how he has an appreciation of the work OTR does. We are very proud to have Ben supporting us.

You can support Ben and donate to OTR at this link.

Please be aware that the blog post discusses suicide. 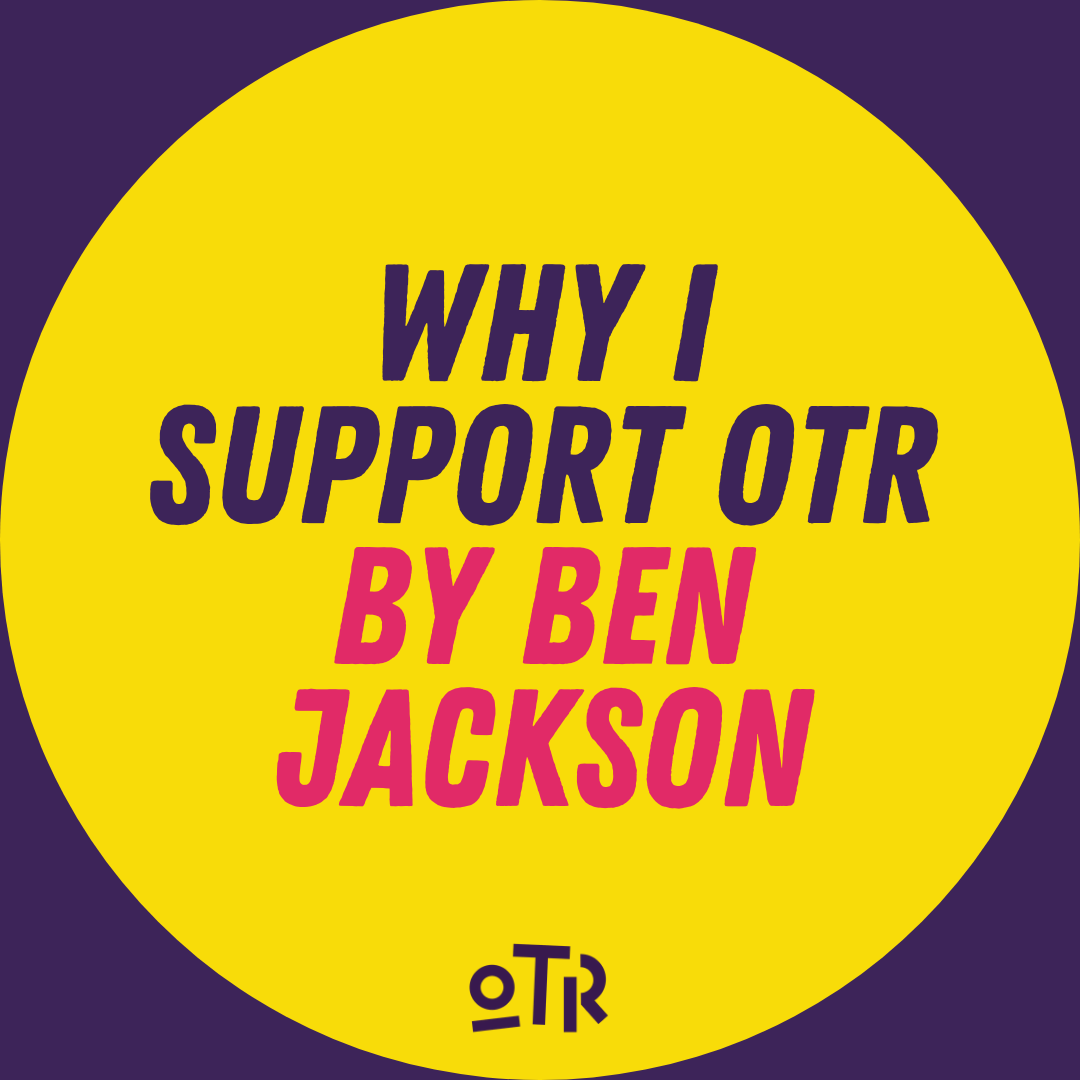 Remembering my dad is like watching snow gathering on a mountainside. Every flake is a different memory, a random experience that settles and forms with others into a singular mass.

I remember what it was like to hug him. I remember the way he would sit with me when I was cross. I remember his hair, the way it went grey and then silver. I remember him getting angry at me and chasing me up the stairs. Most of all I remember a man who made me feel safe and who I thought would be eternal.

His death has had a profound impact on my life.

The last sentence might seem self-evident. However, it’s been something I’ve been struggling to acknowledge for the last 25 years. It’s only now that I can write it down and know that it’s true.

And in many ways that’s why I’m writing this. It’s to share some of my experiences and to reflect on how my journey could have been easier if I’d had access to a service like OTR. 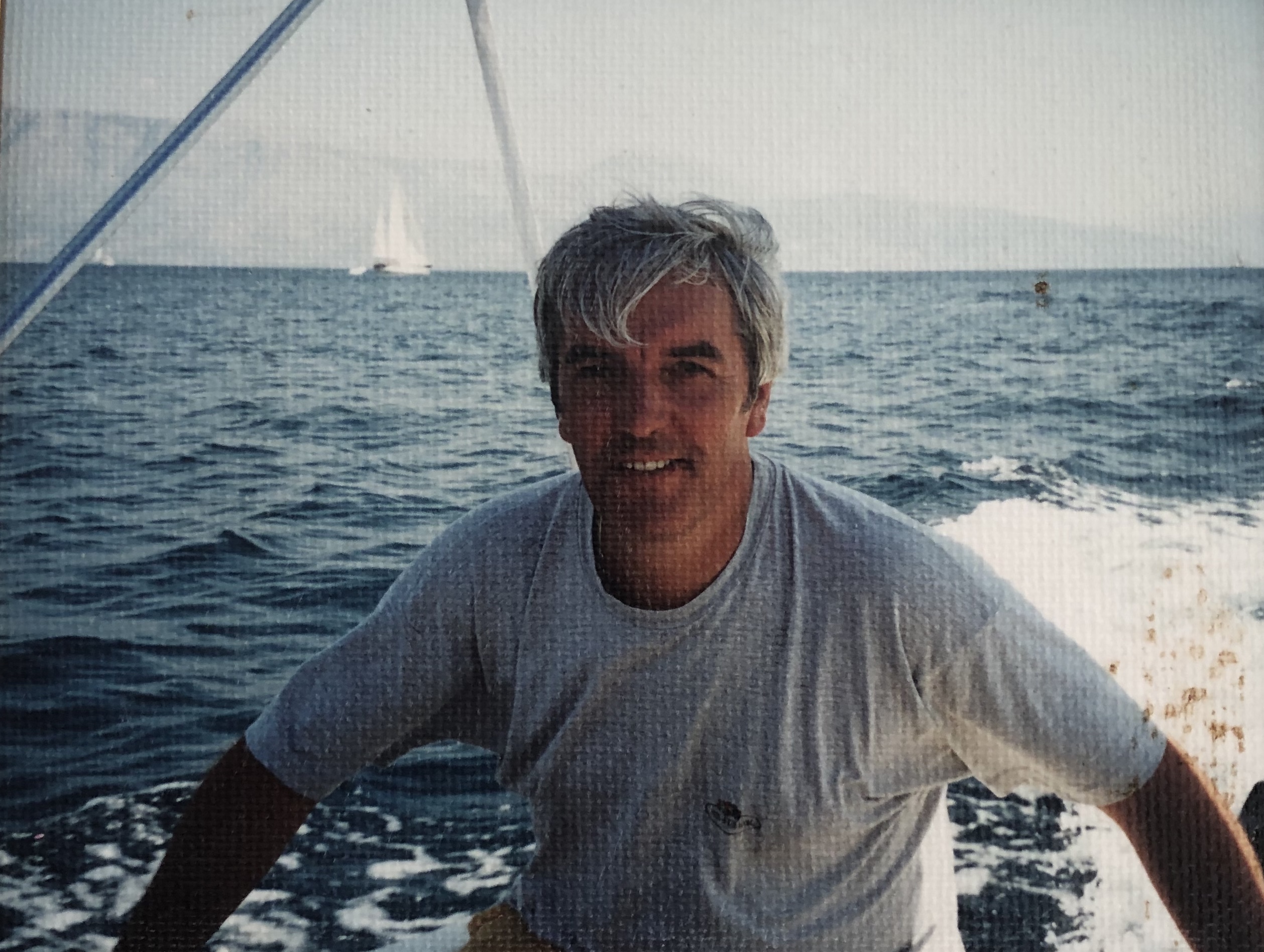 If I think back to my younger self, there are four things that I wish I could have expressed at the time. I believe that if a service like OTR had existed where I lived, they could have helped me to find my voice.

When dad died I disassociated from what had happened. At the age of 14 I was not capable of processing or understanding his death. I felt little emotion at his funeral, and a week after he died I returned to school. As the months went by I stayed totally cut off. The only way I can describe it is that it felt like it was something that had happened to someone else. I knew it was a sad thing, but that was OK because it had not happened to me.

It was not until I was 20 that the first bits of grief started to leak out. When this happened, I found it hard to articulate what I was feeling. I assumed that what I was feeling could not be related to dad’s death because it had never been something that affected me.

The consequences of disassociation dominated my 20s. I went through a scary, messy and protracted grieving process that caused me a lot of distress. This was due to not being able to acknowledge the trauma I had been through.

Looking back I can see why it would have been easy for people around me to assume that things were fine. I can also see how talking to me might have been difficult. If I seemed fine, people may have worried that bringing things up might only upset me. This could not have been further from the truth.

What I needed was for someone to assume that I was not OK. That someone could have been OTR.

One of the most unhelpful things for me was when people tried to contextualise my feelings for me. I’m not sure if it’s a generational thing, but trying to bring comfort by suggesting others have it worse did not work. I was told this a number of times in my teens and twenties, and while it might have been well meaning, it was not helpful.

During the time I was disassociated from my experience, it just gave me more of a reason to stay that way. Worse things happen to other people, therefore I’m fine.

When I started to grieve, it brought a deep shame and made me fight the grief harder. Worse things happen to other people, therefore I am weak to be feeling like this. There must be something wrong with me.

Please don’t expect my family to have all the answers

Whatever the cause, death is difficult for any family. However, suicide stands alone in some ways. When dad died there were still a lot of unknowns around mental health. This meant that stigma or perceived stigma was a big thing.

In these situations it might be easier to assume that families can get on and deal with their grief privately. I believe that this is not true in the majority of cases. However strong a family unit is, it can be devastated by suicide. Every member of the family will grieve in their own way and at their own speed. They may all need support at varying times while trying to support each other. The stress this can cause is immense.

To compound this, a family can feel even more isolated if those around them don’t know how to talk about what has happened. While it might be hard, talking about the person who has died and memories of them can be a way to break down stigma and stop isolation.

What I needed was for someone to see me for who I was outside of the context of my family. That someone could have been OTR.

Everything I’ve mentioned so far created a vacuum for me. I did not understand mental health or suicide because no one talked about it. Over a number of years it became a huge and scary thing for me. It had taken my dad and I became petrified it would take me too.

I look a lot like my dad, in fact a lot of people say the resemblance is uncanny. This only made things worse. Every time I got upset or a little bit down, I would become convinced that I was turning into my dad. These fears would start off anxiety spirals that became hard to escape from. On the outside I might have seemed OK, but on the inside feelings of extreme fear dogged me throughout my twenties.

As I’ve got older it’s got better. I’ve read a lot of articles on mental health and I now know a lot. Kind of like aversion therapy I guess. It was a hard thing to do, but it’s made me much happier. However, with the right support soon after dad’s death it might have been avoided.

What I needed was for someone to help me understand that my own mental health was not predetermined. That someone could have been OTR.

I’d like to finish by offering some comfort to anyone who has lost someone they love in the way I did. It’s a dreadful thing. There is no other way to say it. But it does get better. No matter how messy the process, there is hope and it does get better. Whatever your age, there will be an organisation that can support you and you don’t have to go through it alone.

OTR is one of these organisations, and I’m proud to support them and the work they do.