Hello everyone and welcome back to OTR’s Book Club blog!

This month, Bex is kindly contributing a summary of reading Girl, Woman, Other by Bernardine Evaristo.

A pre-warning that some of our blogs contain spoilers for the books. Also worth noting that this novel deals with a really wide range of issues, so there are lots of content notes for the book (particularly racism, sexism, transphobia and domestic abuse), and this review talks a little bit about the domestic abuse storyline. 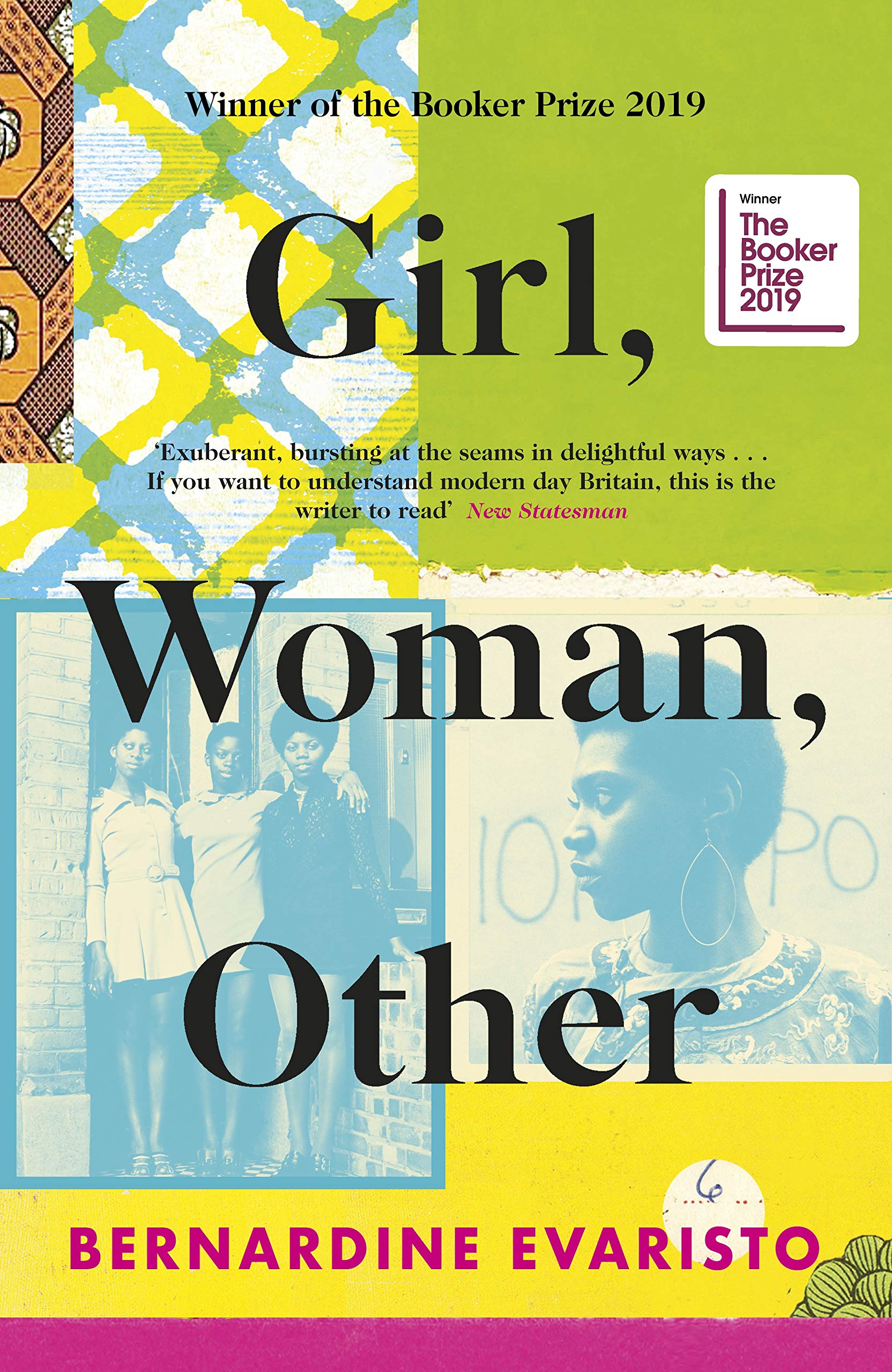 Girl, Woman, Other follows ten Black girls, women and non-binary people as they navigate life in modern-day London. It felt like a really important choice for us with the ongoing Black Lives Matter protests. In particular, it prioritised the experiences of the characters as Black, but also showed much more about their lives. It wasn’t just about struggles, it was about joy too. The characters are all connected in some way, but each one has their own story, and the diversity among their narratives was really amazing.

The first couple of stories are told from the perspective of a mother, and then her daughter, which we really liked – we felt that it was good at easing you into the style of different perspectives. This intergenerational aspect was present throughout the whole book, something that Rose especially liked. We found it hard to choose a favourite narrator though: ‘my favourite narrator is whoever I’m reading’. It was really great to see how the stories connected too, sometimes in more prominent ways, and sometimes one character would just casually mention or refer to another character.

Another great thing about having the multiple narrators was that it allowed the portrayal of the ‘other side’ of the story, with lots of different perspectives. You can also see how the different experiences have lead to the differences in opinion and perspective. There wasn’t any judgement, and we felt that the book really invites you to make your own opinions.

Girl, Woman, Other definitely isn’t an easy read, and it covers some quite dark and serious topics. Evaristo handles them really well though, and there was a nice contrast with humour at other times. One of the stories, about a woman called Dominique, looks at domestic abuse in a same-sex relationship; it had the line ‘she found herself unable to make such a big decision when she’d lost the ability to make even the smallest ones’. I found this particularly insightful in highlighting why it’s not so simple as just to leave an abusive relationship; everyone else agreed this was a really powerful line.

The novel is written with minimal punctuation; there are no speech marks, full stops and only some capital letters. This divided opinion a bit – some people found it hard to read and a bit confusing, whilst others thought it made it feel more realistic, and gave the sense of it being a thought process. This lead to a bit of a discussion around style versus accessibility.

Something that really stood out to all of us was the prominence of multiple LGBTQ+ characters, again each with their own experiences and opinions. It was nice to see how diverse these experiences were, and this book is massively important for representation. There were lots of older LGBTQ+ characters too, not just younger ones, which the group really liked. As with racial identity, the sexualities and gender identities were important but not the only thing about the characters; and, again, there were lots of moments of LGBTQ+ joy as well as struggles. There was also a non-binary character, which we felt was really important to have in such a novel. Mostly we felt like Evaristo wrote that character very well, but we weren’t sure that their ‘dead-name’ (the name associated with their assigned sex) should have been included.

The OTR Book Club thinks there is definitely room for a sequel – we would love to hear from more of the characters who were mentioned but didn’t get their own narrative!

Overall, I think the book is summed up best by these two quotes: Sabina said the book ‘shows you how to be in the world with other people’, and Enya said ‘the book feels like an acceptance of the human race as a whole’. I’m really glad we read it, and I would definitely recommend it to literally everyone! My copy went straight on my shelf for Best Books Ever.

Our book for next month is These Witches Don’t Burn, by Rachel Sterling, so check back soon for our thoughts on that!

The OTR Book Club is for anyone aged 16-25. It is a relaxed, safe space that operates using OTR’s core approach. The OTR Book Club is an opportunity for people to get together once a month to connect with each other and discuss books, as well as many other topics, in a safe and inclusive environment. Members put forward book suggestions and then vote on their favourite option. The winning book is then generously provided by Give a Book charity, meaning all members get a free copy!