Stand Together, Stick Together – “Anorexia does NOT have a gender”

MONDAY: Part One of our Stand Together, Stick Together #MHAW16 campaign: “Anorexia does not have a gender”. Written by Mentality… 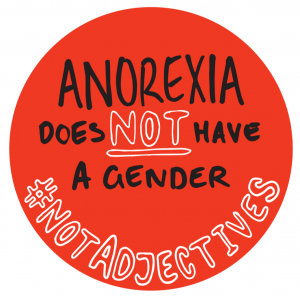 Why is anorexia used as a term to describe a skinny white women?

Anorexia is often thought of as affecting only women, as this is what it is often portrayed in the media. However, this is not the case.

In fact, around 10% of those with eating disorders are males and this number is continuing to rise. With this illness affecting both males and females it is important not to give anorexia a gender. By doing so, males who may be struggling with anorexia may find it harder to ask for the help they need in order to recover.

It is important to understand that eating disorders are different to the glamorised and stereotyped images portrayed in the media. A stereotype of this illness that often does not reflect culture and the many different gender.

In fact, this is actually a much bigger and important subject that we need to start talking about more!