Hello and welcome back to another OTR Book Club blog post – a big thank you to Bryony for summarising the latest read from our Book Club. 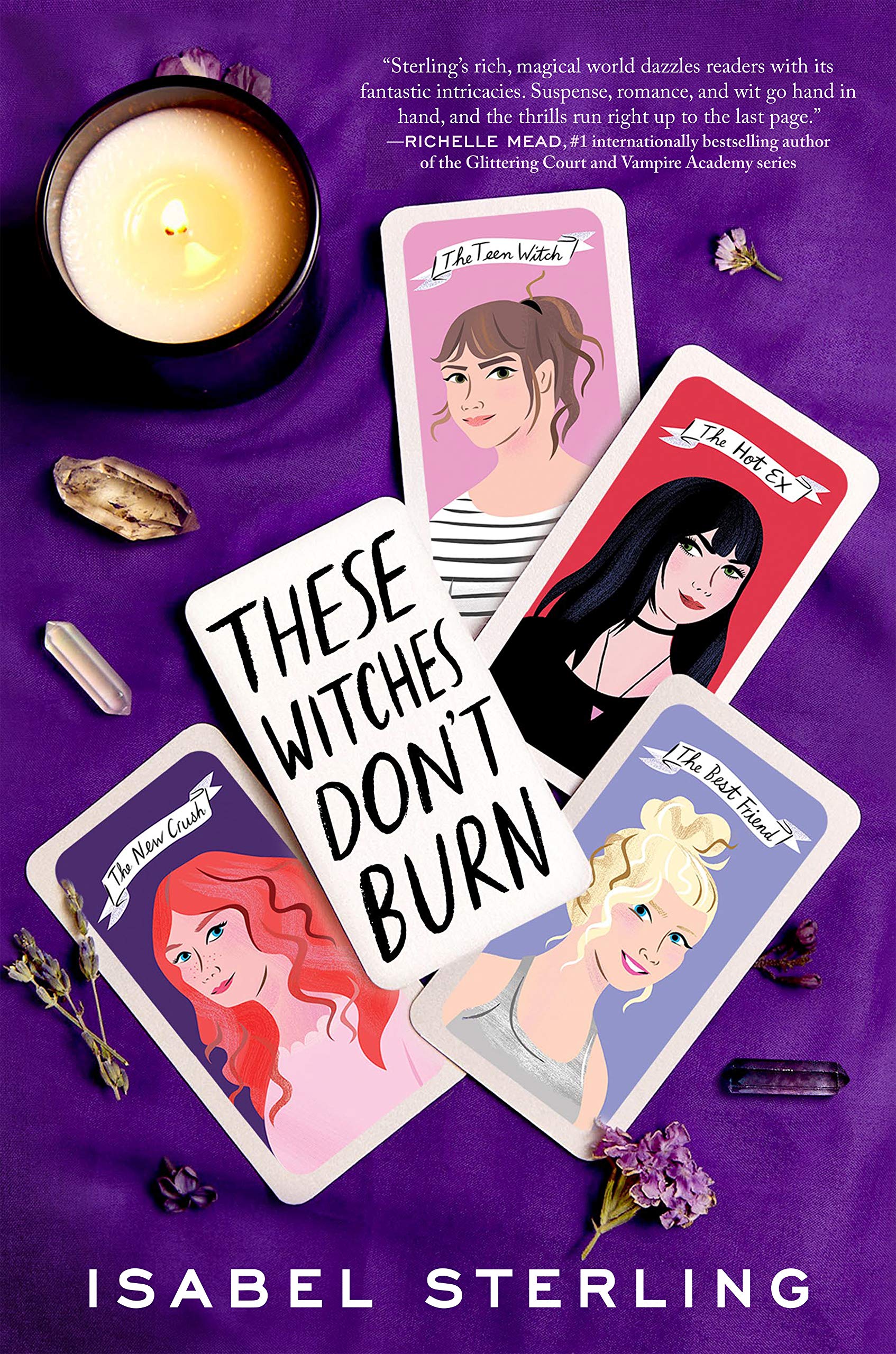 The story follows a witch named Hannah, who lives in Salem! At first it seems like the hardest thing she’ll have to do that summer is avoid her ex-girlfriend, but her problems become much worse when signs of dark magic pop up around town…

Nat said she thought the last section in general was so tense! Like, you kind of knew something was going on, but didn’t quite know what and she didn’t guess who the Hunter was. Rose did though! She said there were a couple of sections she was getting strong vibes who it was going to be and they turned out to be true.

We then moved onto how we thought the book flowed and if we thought we had enough information about the characters. Rose said how it was a bit annoying that there wasn’t any sort of flashback in the book to give some context on Hannah and Veronica’s relationship/breakup. She said it was kinda like walking into a party and not knowing why certain people hated each other! Liliom pointed out that it was the first book in series so it makes sense that not all info is revealed in the first book…

Liliom said that overall, they enjoyed reading it but wasn’t a favourite! It was enjoyable because you don’t have to think about it that much, which I definitely agree with. You could kind of switch off when you were reading it, you didn’t have to use much brain power to enjoy the story!

Nat pointed out that it was a nicer change of pace from last month’s book Girl, Woman, Other, which was super heavy, with a lot of darker themes. This one was a bit nicer and Nat felt like it didn’t take over her and she wasn’t thinking about it all day. It was more of a bit of light relief.

Charlotte Harris said she loved it but also wanted some more context on what happened between Hannah and Veronica. She said she enjoyed the mystery parts of the book. Nat and Charlotte G both seconded this and said she felt that there was something missing from the story of Veronica and Hannah’s relationship.

We then briefly discussed the pacing of the book. Liliom and Nat said they thought the pacing was inconsistent; the first few sections were really slow and then further on in the book, one event happened after another fairly rapidly. It wasn’t necessarily a bad thing but something they kind of noticed.

We then moved onto discussing what kind of books we usually read and what cultural influences they came from. Liliom said they usually read European books, consciously trying to make an effort to read outside of the UK and America. They raised the question to the group that did we think we have enough exposure to non UK/US books? They also thought that minority authors are not being represented or marketed as the same level as majority authors and that we should be supporting minority authors as best we can.

Nat then opened the discussion up to talk about if it is OK for authors to write about other cultures, if it is not their native culture. In this book, the author is queer and you could really hear her true voice coming through when she wrote about the struggles of growing up with that identity.

Charlotte G told us about an American, white author, who married a Muslim man and wrote a book about Islamic culture and published it under her married Muslim name. The question arose; although she had completely accepted and absorbed herself into the culture and was the wife of Muslim man, how much does she get to claim that culture as her own? Seeing as she wasn’t born into that culture and experienced discrimination in the same way as other Muslims, was she allowed to write about it?

Rose and I agreed that authors shouldn’t be scared to write about other cultures and people. If that happens, then we run the risk again of minority cultures and groups being under-represented. We did agree though that whatever was written should be challenged and reviewed by someone who was native to that culture/group before it was published.

We rounded off the session by heavily discussing the LGBTQ+ aspect of the book. Nat really liked that all the characters and relationships are all relatable and real. And how you have all the falling in love and relationships etc, but also a whole other side of magic, which makes it really fun and light-hearted. She liked how the magical element and the story of them being witches is the main story, otherwise would be more heavily focused on sexuality, like many other LGBTQ+ novels. She also thought that when Hannah tells Gemma that she’s a witch, it was very much a parallel to coming out.

Liliom liked that the novel was not super serious about being queer and it wasn’t a heartbreaking read or anything. Charlotte G thinks that most LGBTQ+ stories focus on the first relationship you get in to being the only relationship you’ll ever have and that’s it! With this novel it gave us a refreshing look at a failed relationship and then a blossoming new one between Morgan and Hannah.

At the close of the session, we had mixed feelings about the novel. Some of us liked it and some of us not so much! There is a sequel to this novel called This Coven Won’t Break but I think a lot of us said we would bother reading it. It was an easy, enjoyable book and light-hearted – a bit of light relief!

Join us next month when we will be reading With the Fire on High by Elizabeth Acevedo!