OTR Book Club Blog: The Hitchhiker’s Guide to the Galaxy

Hello everyone and welcome back to OTR’s Book Club blog, where Bryony from the group writes up the verdict on the latest book we’ve delved into… 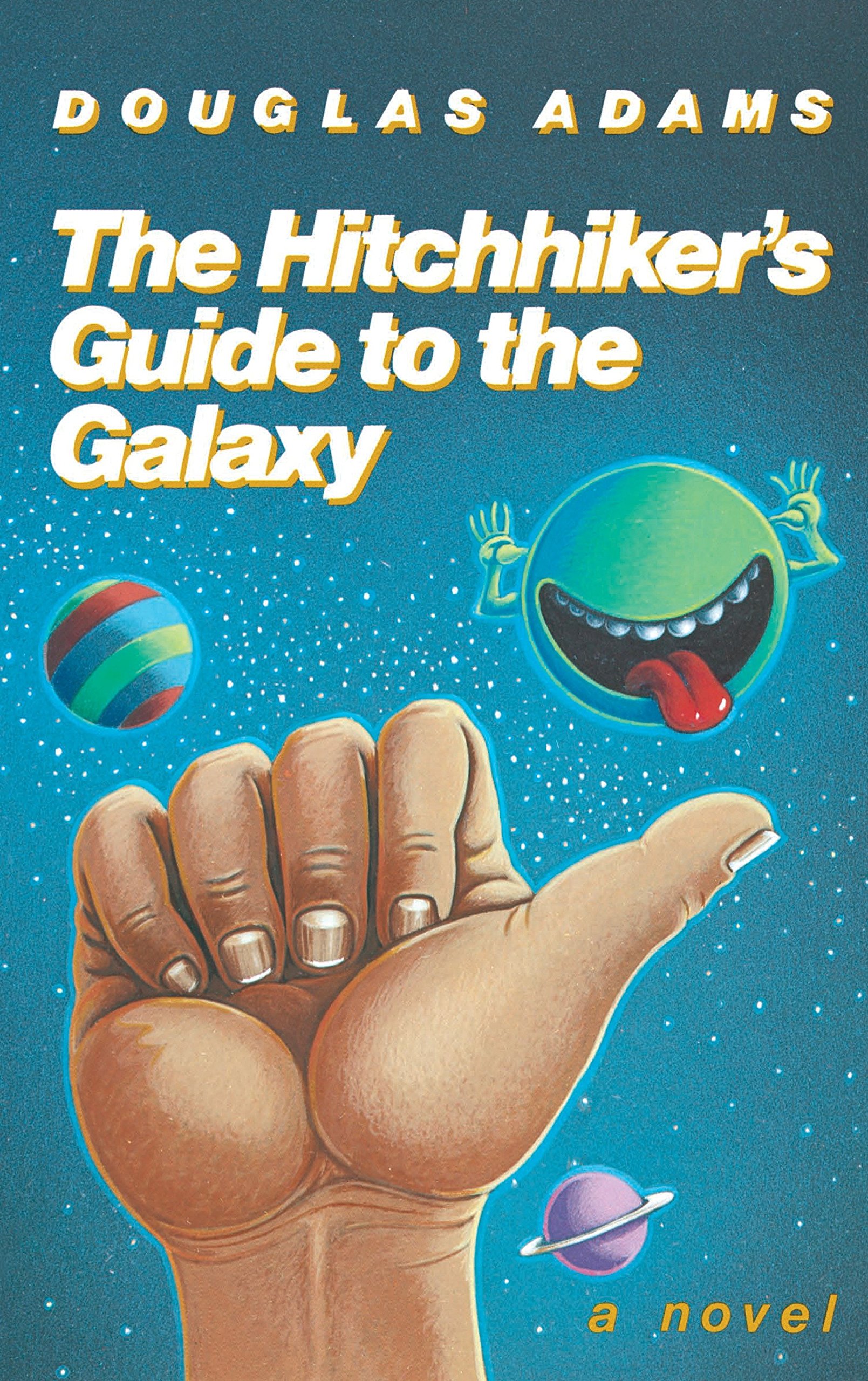 Welcome back to another OTR Book Club blog! This month we looked at Douglas Adams’s classic The Hitchhiker’s Guide to the Galaxy.

In this story Arthur Dent (human) and his best friend Ford Prefect (alien!) escape earth’s destruction with minutes to spare and are thrown into adventures around the universe.

Ryan started us off saying how he has a friend who read this book when they were younger and this book made his friend the way they are now! And by reading this book Ryan said he felt much more connected to his friend, which was a really beautiful thing to hear.

We then moved on to discuss just how ridiculous some of this book actually was! Personally it reminded me of reading Charlie and the Great Glass Elevator when I was younger and the chaos and absurdity that was around every corner! Enya says she thought the author uses satire in such a clever way that pities the reader in a way where it feels almost ironic reading it.

Nat says she liked when, at the beginning, Arthur Dent is trying to protect his house from being torn down so that a new bypass could be built and this is mirrored when the Volgons show up to destroy the Earth to make way for the galactic highway. Rose says she liked the comedy in this book, which she described as aggressively British and very charming. We also thought that the book has kept well over time but we’ve slightly moved beyond digital watches being the most amazing things the human race has seen and pints being four for under a fiver!

One of the themes I actually really liked in this book was the theme of coincidence, chance and fate which were all sort of explored in the improbability drive, which is what powered the spaceship they flew on for the majority of the trip. As soon as the drive reaches infinite Improbability, it passes through every conceivable point in every conceivable universe simultaneously. An incredible range of highly improbable things can happen due to these effects. It was because of this device, the Heart of Gold (star-ship Arthur and Ford were rescued by) managed to find them in the infinite universe, and it also happened to be driven by a woman Arthur knew from Earth and a captain Ford knew from when they were children! It’s something I would like to have been explored more in the book.

This week a lot of our members had been suffering from what I like to call ‘book block’, where we had every intention of reading but we just didn’t get down to it, so our actual time we discussed the book was a little sparse so our discussions naturally developed into how we were coping with the lockdown and what we might have been doing instead. Netflix has been a popular pastime for many (including myself!) as well as stuff on YouTube. Other members had tried their hand and baking and we had spirited debate on whether it should be called banana bread or banana cake!

I feel as if everyone’s spirits were lifted (mine certainly were) by the end of our session and we’re all looking forward to next month – and we might even be having a quiz in the interim!