Hello again and welcome back to the OTR Book Club blog! This month we discussed Catherine House by Elisabeth Thomas. 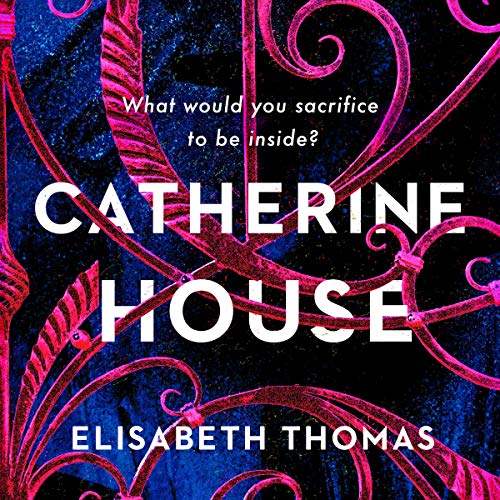 Catherine House is a story about a very curious student, Ines, whose rebelliousness leads her to discover a shocking secret involving an exclusive group of students and the illusive ‘plasm’. She attends a school, Catherine House, in Pennsylvania with an ‘experimental’ curriculum, that only takes a very particular type of student. If you are lucky enough to get in, it’s free tuition and room and board, but students are required to give the House three years completely removed from the outside world…

We started off discussing what we thought of the mystery in the novel. Nat said that she thought that it was very intriguing but almost too intriguing, to the point of ‘just tell me!’ I think we all agreed that it was very frustrating that, even at the end of the novel, you don’t fully understand what plasm is and you kind of have to figure it out for yourself. Kali said overall she found the novel really interesting but again, wished there had been more of a resolution at the end as there were a lot of unanswered questions.

We then talked about the whole concept of being stuck in Catherine House for three years (maybe even longer) and not being able to talk about your past and who you were before. Nat says it would be so hard to not talk about leaving your past life behind; it’s such an important part of who you are. I thought it would be insanely hard to try and get close to people if you had to hide a whole part of you from them. We thought that this is why Catherine House only takes people that people that are running away from something, who maybe don’t even want to reveal their past.

We also thought that the book was very ‘timeline’-driven, as opposed to event-driven. Stella said that she liked the general vibe of the novel but didn’t think it was very eventful and that nothing was really progressing – it kind of felt almost like a diary.

We also spoke about Baby’s character. Nat really liked her and said that her relationship with Ines was a very interesting and strange one. On one level, they were really tender with each other (cuddling with each other in the same bed for example), but on another level, the relationship is not that at all and is more like they’re just co-existing in the same room. Rose thought that Baby is probably the most innocent and naive character and wasn’t sure why was she even let into Catherine. Kali liked her too. She said that the detail about Baby keeping a pet snail made her fall in love with the book straight away, especially as she has a snail tattoo! We all thought that she seemed very sweet and would be a good roommate.

We moved on to talk about Ines. Rose says didn’t like her as she remains a pretty static character and that she almost saw herself in her in the way she acts, but it’s not the self that she likes. Rose also thought that the relationship she has with M. Gonzalez was very weird. We discussed how we thought it was implied at some points to be ‘inappropriate’ and that they might have even slept together. We also made a brief comment that it was odd how everyone’s title was ‘M.’ But I thought how someone’s title, especially a woman, can give indications about their past (Miss, Mrs Ms), and so this would link to them hiding their pasts, as the students did. It also makes them genderless until the students actually meet them.

Stella found Ines character frustrating; she didn’t think the author went deep enough into her thoughts and we get no explanation of what she’s doing and why; sometimes she offhandedly mentions people she’s dating and sleeping with and then we never have them mentioned again. Kali agreed and said she wanted to understand the character more so she could relate to her reasons for doing things. Although, she thought they might have withheld the details because they’re meant to leave their old lives behind when they arrive at Catherine. She also loved the little twist at the end with Viktória’s offer… Kali then said she thought it seemed almost too easy for her to catch up and keep good grades though considering she never did much work but Ryan liked that Ines wasn’t super hard-working and a perfect student because more people can relate to that.

We then moved on to discuss the wider theme of plasm. As we discussed earlier, we were all very frustrated that we never find out exactly what plasm is and that we have to pull our own assumptions. I compared it to the idea of ‘dust’ in Philip Pullmans’ His Dark Materials. I thought it was like this thing that surrounded us all, was part of everything including us and affected everything. We also talked about how the plasm was related to the sort of ceremonies and chanting that they did. We likened the chanting to meditation, and that maybe they were using the chanting to sort of focus their thoughts and ‘access’ the plasm better. I also felt that there was a very sinister and maybe even supernatural feel to the novel. I thought maybe the plasm or like the ‘spirit’ of the house, infecting you and wanting you to stay there. There are so many students who are absolutely, so in love with the place and never want to leave. It was a very strong feeling to have for just a school…

On a side note, we thought about the ‘tea’ that they drank during the ceremonies. We’d all assumed it was British tea, but then we thought, what if it was like American ice tea? We didn’t know why but we all agreed that would have changed the whole tone of the ceremony!

We then talked about the tower, the place where students had to go to be confined when they weren’t performing as they should be and needed to be ‘fixed’. Kali thought that the whole concept was so weird and that there’s so much more about Catherine that we don’t know. She also thought that forcing people to be naked while they were there felt so cruel! I think it was probably important for their ‘fixing’ and you could brand it as ‘rebirth’, but it was still cruel. It personally reminded me of Orwell’s 1984!

We also wondered who the aides (the sort of caretakers/helpers at Catherine) were. Kali wondered if they just normal people that worked there or were they previous students that didn’t get to leave? I thought that maybe if they were students that weren’t going to do well outside of Catherine, and didn’t live up to the expectations of the school, they had to stay – it may have been their only option…

Overall, we enjoyed the book! Kali gave it a 4/5! The main sticking point for us was the frustration at the unresolved mysteries but that does give us scope to discuss the possibilities between us!

Join us next time when we will be discussing Stephen Fry’s Mythos. See you then!